1. Linux. Although I'm still a nooj with linux, it is changing the world. You can do anything with it. (except get paid to write it) The inexperienced like me can get Ubuntu or LinuxMint installed pretty easily. If you can't get that to work then stick to using Geek Squad.

2. Sun VirtualBox. VirtualBox lets you run a VM on your computer similarly to Parallels or VMWare Fusion. I mostly use it to try and figure out operating systems that I have never used before but don't want to take the time to install it natively. If you have a MAC then it is a must, unless you are anti-windoze.

3. IMGBurn. Want to rip or burn a disk to ISO? Use this program to backup almost any disk. This program worked where Roxio failed.

4. Daemon Tools Lite. Mount those ISOs onto a virtual drive, now you can get a netbook!

6. CDEx. Extract your audio CDs to MP3. Yet another reason to own only one Optical drive.

7. Audacity. Edit audio, including MP3s. You can convert to different formats.

8. Gimp. If you are like me, 90% of the time spent editing photos is either cropping or messing with the histogram. This program isn't Photoshop, but It's enough for me.

9. FileZilla. FTP server or client. Great if you have a modded XBOX.

10. Cute PDF Writer. Create a virtual printer that saves files as PDF. If you only use Microsoft Office then just download the Office PDF add-in here.

11. NVU. Pretty good HTML editor. At least for the one page that I created five years ago.

12. Eclipse/Netbeans. Want to program? I haven't used either of these solutions enough to say which one is better, but either one will do Java just fine.

13. Visual Studio Express/SQL Server Express. Don't say Microsoft never gave anything away. They also give away free drinks to their employees. It kind of feels like a drug dealer.

14. OpenOffice.org. Useful if you can manage without Microsoft Office. However you can use Google docs instead and won't have to install anything. Personally I think everything should be written in notepad.
software 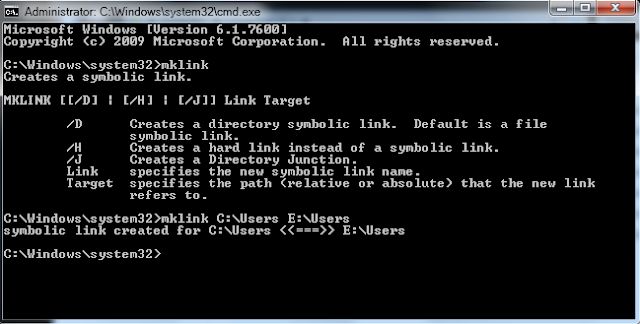 If you've already installed your operating system and want to move the entire Users folder to another drive use these instructions. This will create a symbolic link which will leave the operating system using the same path to avoid breaking anything pointed to the Users through the C drive. You will still be able to get to this directory through the normal C:\Users path. This is an alternative to making changes with the unattend.xml file on installation. Moving the Users Folder 1. Copy C:\Users to your secondary drive, or wherever you want it to be located. This works best if you boot into a Linux disc or some other boot drive since windows will lock files while you are logged in. If you have a WinPE disc, you can make all these changes at once. 2. Rename, delete, or move the original folder after making sure that the files have copied. It is difficult to rename that folder while you are logged in to the operating system, so I would do this step while booted to another drive.
Read more

I needed to update from Respondus LockDown Browser Lab version 1.0.5.14 to version 1.0.7.02. This is how I've done it as an SCCM application. This could probably be modified to be used in some other deployment solution, but I've tested it with SCCM 2012 R2 and Windows 7 clients running 32 and 64 bit versions. After 1.0.7.02 was activated this error shows on 1.0.5.14 Install Shield files and installer folder First, you'll need to create setup.iss files. Instructions can be found here:  http://www.respondus.com/update/2009-11-d.shtml Here's their instructions for convenience: First, be sure that Respondus LockDown Browser isn’t already installed on the computer. If it is, then un-install it before continuing. Download the full installer (LockDownSFX.exe) from the Respondus website.  BE SURE  to obtain the .exe via the admin login for your institution since the installer differs for each institution. Run the installer and select the "Click Here&quo
Read more